The Eko CORE is an electronic stethoscope that enables amplification, filtering, and transmission of auscultation sound data (heart, lungs, bowel, arteries, and veins). The CORE is a small attachment that is located between the tubing and chestpiece of a stethoscope.

The Eko CORE is available as part of a fully-assembled 3M™ Littmann® CORE Digital Stethoscope. 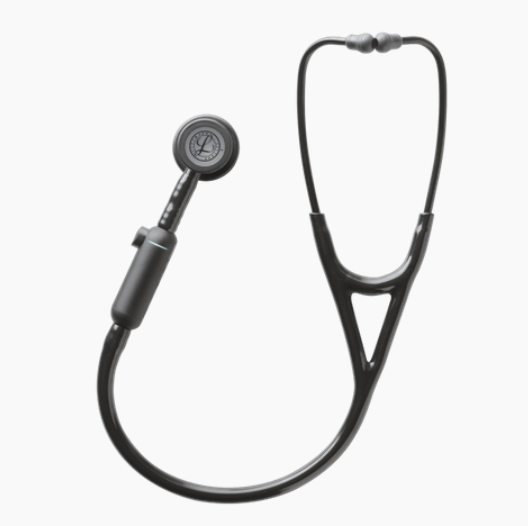 What’s included in your box

Turn on and turn off the CORE

Here’s how it works:

Depress the power slider to move the switch from the OFF to the ON position.

“ON” is when the toggle is flushed with the surface of the volume buttons. A white blinking light indicates that the CORE has been turned ON. You can now hear amplified sounds through the stethoscope. The CORE is also ready to pair with a mobile device and transmit digitized sounds.

OFF is when the toggle is protruding from the surface of the volume buttons. The white light disappears and you can now hear unamplified sounds through the stethoscope earpieces.

The CORE’s sound level can be amplified in seven increments up to 40X amplification over an unamplified, acoustic stethoscope when listening with the stethoscope earpieces. Change the volume level by clicking the plus (+) and minus (-) volume buttons on the side of CORE. 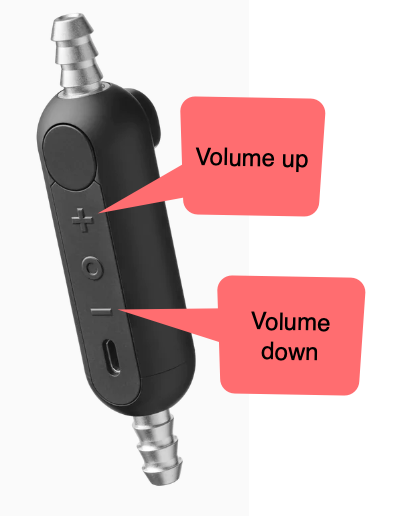 If you're using headphones to listen to the sounds through your mobile device, you’ll need to adjust your phone’s volume to change the CORE’s volume.

Changing the volume on the CORE does not affect the volume of a recording on the Eko App running on your mobile device. The recording volume must be adjusted in the app or on the phone itself.

When the yellow light starts blinking on the CORE, the battery in the CORE needs to be charged.

Insert the included micro USB cable into the USB port on the CORE and plug the other (USB-A) end into a UL-certified USB wall charger (max 5 volts). The LED turns solid yellow, signifying that it's charging. 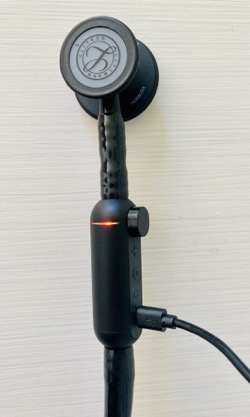 The LED changes to solid green when the device is fully charged. 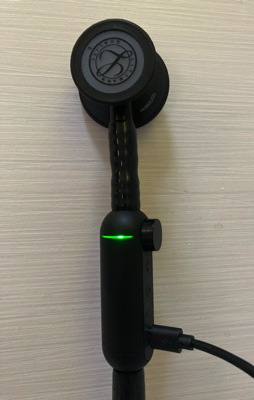 To fully charge the battery, it should take about 2.5 hours. When fully charged, the CORE should last for about 8 hours of continuous use. We recommend turning the CORE off between each use to maximize battery life.

The CORE will not turn on or connect to the Eko App or Dashboard while it’s plugged in and charging.

The stethoscope and CORE should be cleaned between each patient's use. All cleaning instructions pertaining to the original stethoscope apply.

Under normal conditions it's unnecessary to remove the CORE from the stethoscope tubing for cleaning. All external parts of the hardware can be cleaned with 70% isopropyl alcohol wipes.

DO NOT immerse the device in any liquid or subject it to any high-pressure/autoclave sterilization processes.

Follow the steps below to get the best quality auscultation when using your CORE and stethoscope earpieces:

Best Practices for Audio Quality with the CORE